This public platform, like Facebook, Twitter and others is provided to facilitate open dialogue in the upcoming civic election. As with any public platform, the reader is free to accept or reject any comment at their pleasure. Comments can be submitted in confidence to the “contact us” section of this web site. The politician being evaluated is encouraged to submit comment for publication.

Pictures worth a thousand words.

Brodie endorsing MLA Teresa Wat who does not live in Richmond and allegedly has ties to Communist China military personnel in Canada. Click here for additional information. 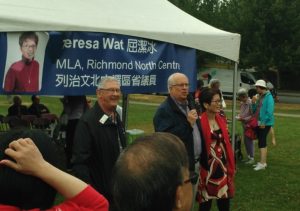 Brodie with Faye Leung, a  Chinese-Canadian woman who brokered a “business deal” that caused the resignation of former Premier Vander Zalm.  For more information, click here. 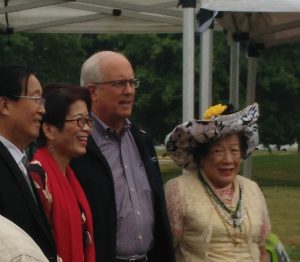 Brodie receives $1,250 campaign donation from convicted fraudster Peter Oie, but refuses to give it back, or give it to charity. Ethically challenged ? You decide. Click here.  Picture courtesy of Richmond News. 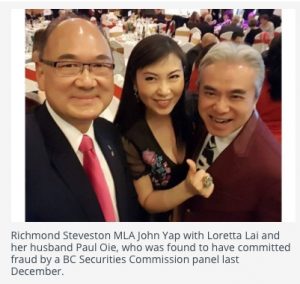