VROX SPORT SIMULATION LTD. (1010248), was incorporated on August 7, 2014 at 04:23 PM Pacific Time.  In a Special Council meeting duly called in accordance with Section 126 of the Community Charter held on Monday, June 22, 2015, Council was informed that the Richmond Olympic Oval Corporation made a deposit of $486,000 to VROX for the purchase of sports simulators for the Richmond Olympic Experience project.

Taxpayers have a lot of questions. Is George Duncan  also the Board of Directors Chair at VROX? Is this not a conflict of (public) interest? How many city or Oval employees have been paid by VROX Sport Simulation Ltd out of a city funded “deposit”? Who are former employees  Bisa Duncan, Lucas Duncan, Mike Romas, Jacob Strul, and Andrew Watson? 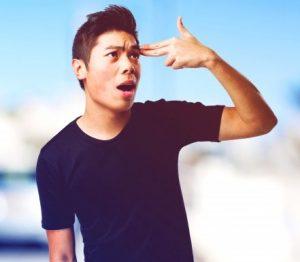 VROX is a government partnership established to develop, manufacture and sell sport simulators to the Corporation and third party customers, as well as to maintain the simulators for the Corporation. When did taxpayers approve of getting into the software business? There are hundreds of companies world-wide selling billions of dollars of games, and Richmond is developing its own?

During the year [2015], the Corporation made a deposit of $485,000 to VROX  for  the purchase of sports simulators for the Richmond Olympic Experience project. This transaction is “explained” as being in the normal course of operations and is measured at the exchange amount, which is the amount of consideration established and agreed to by the Corporation and VROX.

Now, as reported in the media January, 2017, the City intends to give ROX a staggering $1.4 million for a “renovation” !  Enough is enough say taxpayers, “Its not worth it“.

How much risk exposure can the taxpayers of Richmond tolerate, especially on projects taxpayers did not approve ?  Some taxpayers are saying that this type of financial adventurism HAS to stop.