Code of Ethics / Code of Conduct

The Richmond Taxpayers Alliance is actively seeking a binding Code of Ethics or Code of Conduct for the Mayor and Council, common in many other North American and European cities. It will ensure respectful, prompt resolution of citizens concerns and every city in British Columbia should adopt one. Failure by a government employee or bureaucrat to meet the requirements of the code, in many jurisdictions, is cause for employment termination.

In the past, the concept of a Code of Ethics was called for by citizens of Richmond. Nothing happened.

Having a code, is a reasonable position based on a disturbing trend by government bureaucrats and politicians to “triple-delete” their communications, use private emails to avoid scrutiny, and lie but claim it was having “mis-spoke”.

When caught, politicians used to demonstrate their integrity to the public by resigning from politics. This is no longer the case as evidenced in Richmond with 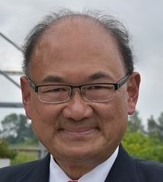 MLA John Yap, and the call for his resignation after confessing to mislead the public and evading public scrutiny.   The public reaction as reported in the media was Time to Kick the Liars to the Curb. But not Mr. Yap. Undaunted, he ran for office in 2017, bank-rolled by special interest groups.

As reported by B.C. elections watchdog, Dermod Travis, Richmond’s Malcolm Brodie’s re-election showed total expenditures of $451,294.69 to beat challenger Richard Lee who spent $89,946.54. That means Brodie spent 83% of ALL money by ALL candidates for re-election as Mayor. Is that a “corruption” of democracy ?

Previous unique to B.C. campaign funding rules contributed to a “corruption” of the democratic process. In the 2018 Municipal election some of that unregulated funding has been carried forward, in particular by Mayor Brodie.

Loophole – It is not uncommon, Travis said, for candidates to make sizeable donations to their own campaigns. “If you don’t have a cap on individual donations, you really don’t have an assurance that the money they’re donating to their campaign is their money,” Travis said. In other words, you give the candidate money, and they put it in their campaign. No one is the wiser.

Foreign Money – B.C. was the ONLY province in Canada which allowed foreign campaign contributions, and those contributions can be unlimited.  For example, if the Communist Chinese government, or the Russian government, wanted to donate $1,000,000 to Christy Clarke’s political campaign, they could.

Unlimited Donations – Again B.C. was the ONLY province which allowed unlimited corporate, union and personal donations.  In many provinces corporate and union donations are ILLEGAL, and for good reason. In Ontario, the personal maximum donation is $750, but in B.C. if you are a developer and wanted to donate $1,000,000, then go ahead. Is this at the root of “out-of-control” development in Richmond.?  For example,  Brodie’s campaign  reported his biggest donation in 2014 was from Westmark Developments. Would it be a conflict of interest for him to vote on any issue regarding developers in Richmond? You decide.

Last but not least.  Are the two politicians in Richmond, with by far the largest “war chests”  related with the same source of donations ?  Who are the special interests behind these politicians ?  Many taxpayers believe its time to have a binding Code of Ethics and Conduct. 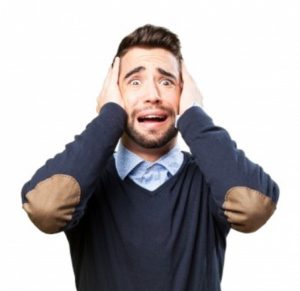 The rest of us.

Solution for all taxpayers? It starts with political party funding reform, and then with this assurance of transparency, taxpayers will know that they are electing honest, hard working, ethical politicians in all levels of government.  See the “Politicians” page of this site for a rating of the city, provincial and federal politicians in Richmond.

If you would like to be part of the solution, go to the “Contact Us” page of this site.