Equifax Canada says consumers now owe $1.821 trillion including mortgages as of the fourth-quarter of 2017, marking a six per cent increase from a year earlier.

The latest report by the Bank for International Settlements says Canada’s credit-to-GDP gap and debt-service ratios have surpassed critical thresholds and are signalling red, pointing to vulnerabilities.

Almost a million Canadians couldn’t handle a 1-point interest rate rise, TransUnion says. 1 in 6 Canadians would owe an extra $50 a month if rates rose by just a quarter percentage point.

Company research says that roughly 718,000 of those people wouldn’t be able to keep their financial heads above water if their interest rate went up by as little as 0.25 percentage points.

And another 253,000 on top of that would go under if the rate they must pay on their debt increased by a slightly larger amount — a full percentage point. 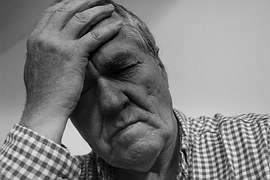 “For some, a $50 increase in their obligations may simply be managed by forsaking a couple of restaurant dinners and eating at home,” Wang said, “while for some others, this may mean they would not be able to fill their gas tanks to get to work.

And bigger rate hikes would  bite even deeper. A full percentage point increase in the rate, TransUnion calculates, would add up to more than an extra $50 a month for 40 per cent of borrowers.

56% of Canadians are now within $200 of being unable to handle their monthly costs, reports MNP Debt, part of the personal insolvency business of Calgary-based MNP LLP.

The online survey of of 1,502 Canadians  also found 31 per cent are already not paying their bills on time, making them technically insolvent, MNP says.

Canadian household debt ratios hit a record high over the spring, according to new figures released Thursday by Statistics Canada.