While the City of Richmond produces long and detailed budgets, one critical factor is NEVER included, and that is the taxpayer’s ability to pay those taxes based on current economic conditions. Without any consideration of the taxpayer, the ONE source of revenue to run government, taxation is inherently unsustainable.

Year after year, the media headlines are clear, “Vancouver ends 2013 with highest consumer debt in Canada”[1] followed by “B.C.’s Consumer Debt Remained Highest in Country in 2014”[2] and then in 2015, it gets even worse with “Average household debt in B.C. up 26 per cent”.[3]

Unsustainable tax increases must stop, or a widespread economic implosion is inevitable.

Do you know anyone who has ever known read the entire 500 page city plan? Of course not.  Has the city ever given the public 4-6 weeks to study the plan, write a comprehensive analysis, and present it to Council? Of course not. And thats the way the bureaucrats and politicians like it.

Tax money is YOUR money. You have a right to say how its spent. Although some politicians seem to think so, they were not given the unfetered right to spend our taxpayer money with no accountability just because they were elected to office.

People understand that taxation is needed to redistribute wealth for the greater good of society. Police, fire protection, social welfare and infrastructure are obvious costs, but spending extraordinary amounts on public “art” and other esoteric matters that do not contribute to universal social well being such as a $180,000,000 “Olympic Oval” is a rip-off of taxpayers when Simon Fraser university could have done the same for $60,000,000 with greater use. These “vanity projects” have to stop. 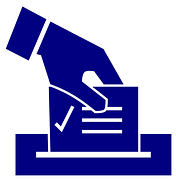 When it comes to the budgetary process, it is time for the city to engage in real, meaningful consultation with taxpayers, over a reasonable period of time, and implement the public’s direction. If not, the Alliance will work with all concerned citizens to ensure that the governance of the city is changed to resolve taxpayers concerns.

In respect to this year’s budget, scheduled from September 5 through September 15, many taxpayers are distracted by enrolling their children in school and wont have time for consultation. The city does not solicit input with full page advertising in local newspapers well in advance of consultation, or use other media, which minimizes public engagement. The city does not provide any lead time for taxpayers to locate and study the full budget before being able to respond and supportive detail is not accessible to the general public. The consultation period is too short for taxpayers to review the budget, and have the chance to study the backup documentation. Public consultation takes the form of city biased questions that present the city position but does not provide real interaction. No senior bureaucrat is ever available to answer questions. Taxpayer responses to the consultation are blocked from general viewing on the city web site, and when presented to Council are “summarized” by the Finance department, so the public is never aware of what input was actually provided, and cannot determine if public input was ever implemented. Any “consultation” as the final act prior to implementation is a formal requirement, with no chance whatsoever of having effect.

Interference with the taxpayer right to know is unacceptable, and in the view of those who actually earned the money paid in taxes, there must be real  accountability.