Given the combined City, Provincial and Federal government authority to tax, do you believe that you pay far too much in taxes? If so, you are right. Canadians shell out more on taxes — federal, provincial and local, and indirect — than they do on food, shelter and clothing combined. 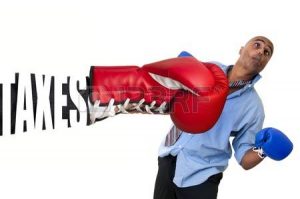 BC consistently has the highest liquor prices in North America. Why? Excessive hidden taxation, billions of which have been transferred to general revenue.

BC has the highest fuel prices in North America. The reason: grossly excessive taxation, including road, transit and carbon taxes.

BC regularly has the highest car insurance in Canada. Why?  A government monopoly forces you to buy “insurance” while governments have siphoned off billions to general revenue.

BC is the ONLY province in Canada with a “home transfer tax”, which is just another “tax grab” that keeps many hard working people from ever owning a home.

BC is the ONLY province in Canada that’s charged for MSP health insurance, building an ever costly bureaucracy, while 800,000 people are delinquent due to poverty.

BC has been the ONLY province in Canada with a “carbon tax”, administered by one of the least effective, bloated bureaucracies in government, while creating hardship for the poor in our society.

BC has transferred billions of dollars from BC Hydro causing it to teeter on bankruptcy due to debt. Why? Because the money taken by government and put into general revenue was itself borrowed by BC Hydro.

Angry? Fed-up ? Then join our alliance, or form a taxpayers alliance in your own city.  Click HERE to join !  We can help !